Returning from the Riefel Bird Sanctuary

I went on an amazing birding trip! I would go as far as to say it was the best birding trip of my life. Just a few of the highlights were seeing a Cooper's hawk, a barred owl, 9 Sandhill cranes, 2 Black-crowned night herons and a downy woodpecker. I saw 26 new species of birds in three days and I learned a lot.

One of the birds that I learned about was a Wood duck.
These beautiful birds not only nest in trees, they also like to photobomb other birds! 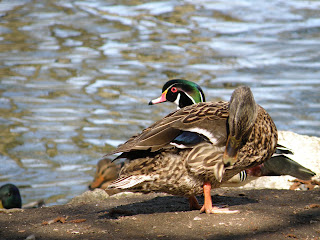 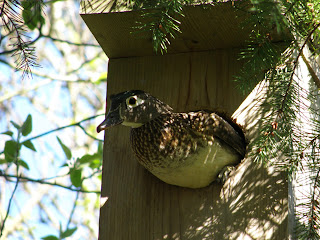 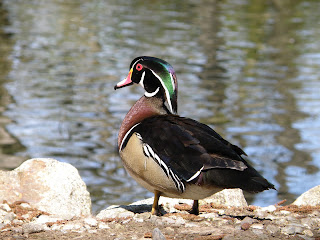 Another bird that I loved was the Sandhill cranes.
These are some of the most exotic birds I have ever seen. 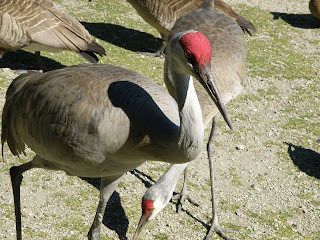 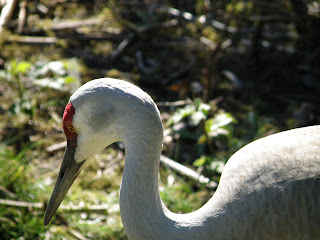 Northern pintails live year round in the Riefel bird sanctuary
and even though I've seen them already they still enchant me every time. 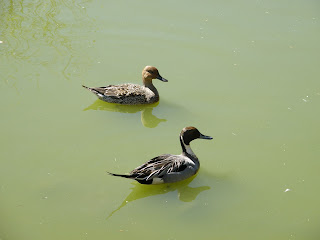 I was excited when I figured out that the Sandhill cranes would eat from your hand. But when I got to the Riefel Bird Sanctuary, I realized they weren't the only bird that would do that. Everywhere we went we were accompanied by the colourful flash of the red winged blackbird and if you stood still for long enough, they would land on your hand for seed. 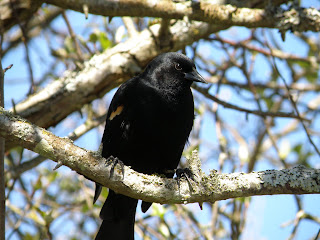 On the way there, we saw a farmer's field and at first we thought there was some type of white-flowered crop growing. But when we looked closer, we realized that it was covered in thousands of snow geese! 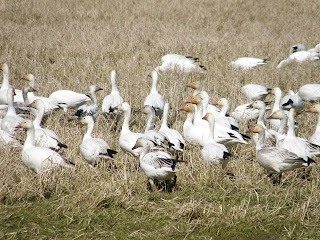 If you looked down when you were walking and saw massive, lobed feet, belonging to a bird that looks like it has a scab on its nose, then you are looking at an American coot!
These funny little birds have their own brand of charm. 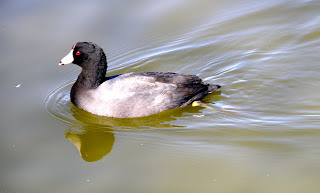 When we walked into the sanctuary the exotic birds were one thing, but the mallards were another. We had to be careful not to step on the thousands of mallards sleeping, standing, or waddling along in bunches along the trails. 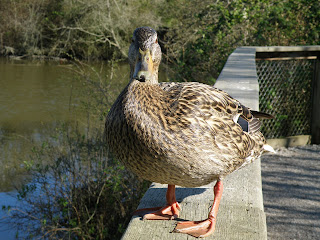 And as we were driving away, we realized that wood ducks weren't the only ones nesting in trees. None of us had ever seen a Canada goose in a huge nest before, but there one was! 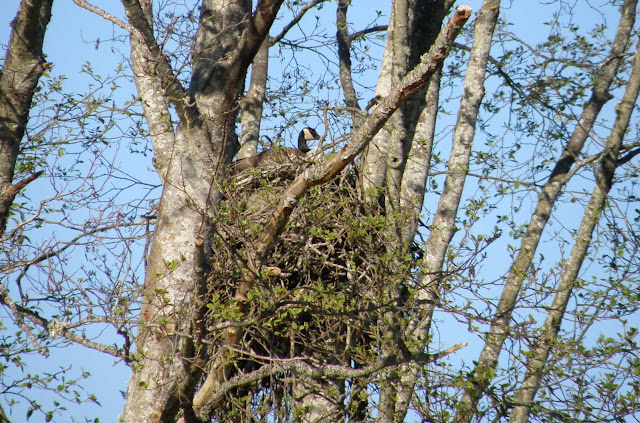 I'd especially like to thank Jackie Windh, who has really been helping me spot birds,
including the Red Breasted Nuthatch that frequents her garden.
And my mum, Joanna Streetly, for letting me use her photographs.